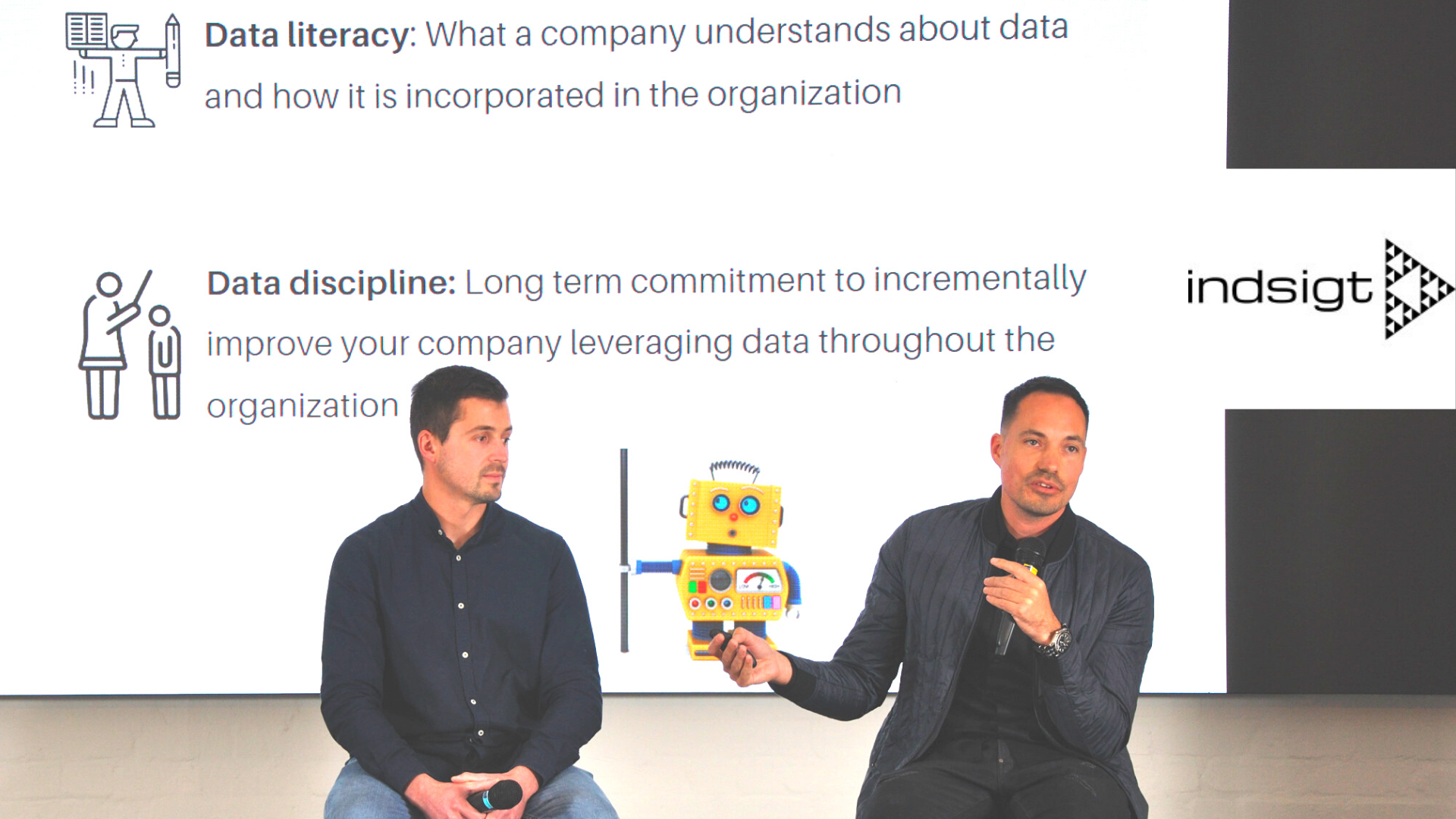 When you’re attending a Data Masterclass, you better bring your A-brain game, because if, like most of us, you think ‘data science’ is just collecting a bunch of information and then learning something cool about it, you’ve just barely scratched the surface.

The unusual global pandemic situation accelerated digitization in businesses, and a record number of data scientist and data analyst positions opened up in 2021, as businesses realized that data-driven market intelligence was the primary driver of success.

Companies like Indsigt are using their expertise to help businesses gain insight by focusing on delivering value through data engineering, business intelligence and cloud services, and tailor making machine learning solutions for their clients.

Founder Lasse Vinther, who has been involved with startups for years and has vast experience scaling companies in Africa and abroad, wanted to create a practical approach to data science and engineering: “In data engineering, we want to get value when it’s being built, and then after when it’s working, as well,” he said.

Indsigt currently appeals to mid-sized companies, and not necessarily deep-tech startups, as there is an increasing challenge to run in-house data teams in middle-sized and fast-growing companies:

“In our interview process, we identify the specific problem and help companies solve them. We focus on implementation and find ways to improve their decision making. We are, essentially, party-poopers, because we give companies the bare truth, which usually means they’re not doing proper AI, or that their data is of a poor quality or simply insufficient,” Vinther said.

Can Anyone Be a Data Scientist?

The first Data Scientist was an Astronomer from the 1700s called Tobias Mayer, who demonstrated the motion of the moon using spherical motion trigonometry, which he achieved by compiling nine times as many data points as necessary, and proclaiming his data to be the most accurate; it was the very first time someone made a quantitative argument that having more data was actually better.

With such a huge surge in demand for data scientists, Indsigt retains their sterling team by offering remote working freedom, study bursaries, and a healthy profit share. With salaries ranging from R90K to R200K a month, data science seems to be a great career choice.

“At Indsigt, we are building a more inclusive consultancy, and invest aggressively in local talent, sharing a minimum of 50% of the company profits with our team,” Vinther said.

When you’re looking for information to drive product development or increase sales, you need to ‘sanity check’ the data. When you get experts like data scientists involved, prepare for difficult conversations about what is happening across all of your departments: “The numbers are often overinflated. Most failed data projects never had ample or proper buy-in. The CEO has to be 100% for it, and it must have a proper runway,” Vinther said.

According to Vinther, data discipline means focusing on controlling one aspect at a time: “What works in multiple startups and scaleups is data discipline; for example, focusing solely on getting your customer acquisition under control. Be narrow on where you want to start, and be disciplined not to veer off course until that task is done,” he said.

Let’s face it – companies and their massive collections of seemingly arbitrary droves of data are truthfully not that interesting, nor particularly sexy, but why? Surely knowing exactly what to offer the market at the right time in the right way should bring value to the bottom line? Vinther says it’s because of the time it takes to see the whole picture and also what happens when the company takes over:

“We must have a long-term view on data. We spend at least six months on a project and there is a lot of money involved. Often it fails because of the lack of proper understanding of data value when the company takes over the tech that’s been built. We run it on your behalf, but not in perpetuity; you should be able to support it in-house when we’re done.”

According to one of Indsigt’s prominent data scientists Xander Horn, it’s imperative that data is made available to people: “Corporates tend to be secretive with the data; this is a bad thing. You can’t experiment or scale up being secretive. There is also huge value in reporting, but you need to know what is business critical,” Horn said.

Horn also says that there has been a shift of focus from big to small and wide data, an opinion shared by technological research and consulting firm Gartner, who says that 70% of organizations will trend this way by 2025.

Online trade journal and education portal Dataversity said that among top trends for data science in 2022 in the application development market, are deep learning (DL) algorithms, and that Python will gain prominence as the programming language of choice.

Trends in online shopping will need to offer new and novel customer experiences, and companies need to acquire a culture of experimentation to design the kinds of experiences consumers will expect. Horn agrees: “If you have a new product, run experiments on variations. You have to check it and test it! And don’t force the solution if it doesn’t fit,” he said.

To stay in the race, it’s probably best to consult the experts, have realistic timelines on deliverables and don’t forget to invest in upskilling your team. “Be open to being wrong, and be realistic about the value of the data,” says Horn.

Indsigt are available for free advice to Innovation City members for any practical problems that need solving. You can find them on the Second Floor at Innovation City Cape Town.